The Deaf Blacks arrived in Argentina last week and played their first test on Saturday (Sunday NZ time) in Cordoba at the La Tablada Stadium.

The crowd had the opportunity to enjoy the Haka performed by the Deaf Blacks. With both teams never having faced each other it was a level playing field and could go either way. During the first half, neither team managed to prevail over their rival with 3 penalties for NZ and a penalty and unconverted try for Argentina with a half time score to the visitors (NZ) leading by 1 point, NZ Deaf Blacks 9 - 8 Argentina.

The second half could go either way but the Deaf Blacks came back working hard as a team with a try (in the 56th minute) that was scored by Maara Tuare (from Ashburton). However the game was not over and Argentina came back in the 70th minute to score a converted try but the Deaf Blacks held off to win. The final score was NZ 19 - 15 Argentina. Darryl Alexander (co-captain from Wellington) was awarded Man of the Match for scoring 14 points for NZ with his boot!

The second and final test will be held in Jujuy next Saturday (Sunday NZ time)?.

?We have also attached more picture, story and the Argentina media. It was a real privilege to see the Argentina media has been making so much effort and has made a big deal for both Argentina and Deaf Black Rugby teams. This has shown true respect and they are treating us equally like everybody else whether we are famous or not.? Sadly we don't get the same attention in NZ. 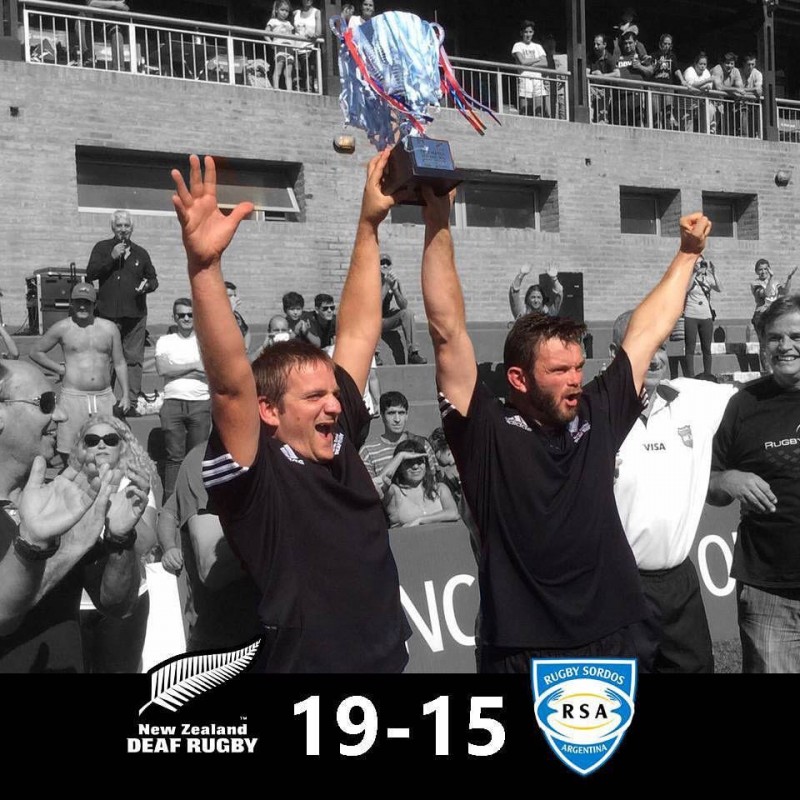